A life that is going well might be the most threatening thing we know. In “Accepted Wisdom,” a man congratulates himself on putting his life together after his wife throws a teapot at his head and leaves him. Only much later, maybe too late, does he see the ruinous choices his teenage daughter has been making while he’s been assembling his new life. 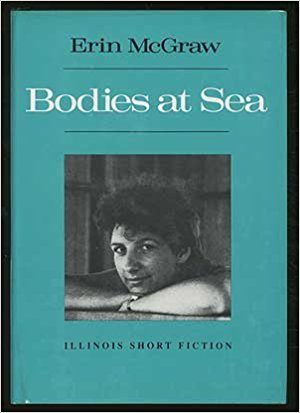 “McGraw holds the world in wild and compassionate regard. One of her stories ends with a daughter wishing to say to her mother, ‘You have been dearly loved.’ A reader feels the muscles of that love flexing in her sentences, sees the power of that love burning in her characters. McGraw lifts up before our eyes hopeless cases, the lame of heart and soul, and redeems them all with an eloquent and triumphant gaiety.”
Scott Russell Sanders
“Carefully crafted, finely tuned, the 11 short stories in this collection often examine subtle shifts in family relationships."
Publishers Weekly

In “Testimonial,”a young woman mordantly records the suicides occurring in her high- school classmates. “Every time I tell my mother she ruffles, squawks, refuses to let her tiny black eyes meet mine. She behaves every time as if it were unique, as if I weren’t attending funerals as regularly as a season ticket holder. She forgets them, cancels and excuses them, leaves me to keep track. Its eight now.”And here’s why: “It wasn’t for me to take headers from ten stories up or court trouble on dark city streets. Anyone could see that I was a keeper. I was the home front, the living testimony, the one they died for.”

And in “Until It Comes Closer,”a young woman, born without arms or legs as a result of her father’s exposure to Agent Orange in Vietnam, sets out with her sister to find true love. She succeeds, leaving her sister able bodied, free, and keenly alone for the first time in her life.

This volume, McGraw’s first, charts lives that are, as the title promises, at sea. Its characters feel alone even when they’re in clamorous rooms, and the choices they make are strange, sometimes frightening, and reminders of the full dangerous and dazzling potential of human existence.